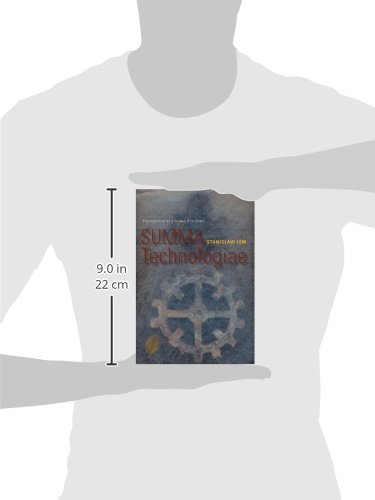 
One can see the influence of Kaflka, Capek, Witkiewicz, Dostoyevsky. Does the Eastern European reader read a different Lem than the Western reader? Lem: I know more or less how the critics read me, but I know nothing about how I am received by my readers, the ones who do not busy themselves with public critiquing.

My roots are at least two-fold: in belletristic writing and in hard sciences and philosophy. To account for who influenced me, in terms of individual writers, is a feat beyond me. I don't know how much I owe to whom. To tell the truth, I never thought about it. I can say, however, that my attitude as a reader to various authors has changed a lot over time.

There was a time when I admired Witkiewicz. Now, having picked up his Pozegnanie jesieni [Farewell to Autumn, ] once again, I am unable to read it through. Its philosophizing irks me now with its pretentiousness. Its baroque stylizing when describing the spiritual now turns me off. The whole now seems to me to be the work of a child prodigy, a snotty pupil who managed to get hold of some lessons before his time, and made mincemeat out of them.

This isn't meant to be an objective depreciation of Witkiewicz. These are simply my current views on the subject. I haven't read Kafka for a long time, because there is something in his works that I find repugnant. It's as if they contained more misfortune than is "proper" for a "decent" author. It's as if Kafka struggled with both some real forces and some that were but his own, personal, desperate neuroses; and I despise writer-psychopaths.

Of Dostoyevsky's works, only Crime and Punishment was compelling enough to make me come back to it. A single pass was entirely sufficient; why, I don't know. I also cooled off in my admiration of Thomas Mann, with the possible exception The Magic Mountain and some other novels.


Also, Capek was a genius who often squandered his talent. His Absolute at Large goes to pieces in its latter half. I am, overall, not a studious reader of belletristic literature. I can't say why. I used to love Voltaire, Diderot, and Swift. Lately I tend to return to well-known poetry instead Slowacki, Leimian, R.

You have the reputation of being one of the most inventive Polish stylists. Is there a specifically Polish dimension to your work that is lost when it is translated? Lem: Certainly, in some of my texts there are messages peculiarly meaningful to Poles. It would be amazing if there were none. However, a work such as Edukocja Cyfrania [ The Schooling of Cyfran ], 4 containing such a message, has never been successfully translated.

The building material for my writing is the Polish language, and I think that I have succeeded in exploiting many of its idiosyncrasies not shared by non-Slavic languages , not only but largely in neologisms carrying poignant and grotesque content. The translations of my works always depended on the inventiveness of my translators; and my best two are, I think, the late I. Zimmermann-Gollheim German and M. Kandel English. Ms Zimmermann-Gollheim succeeded in translating remarkably literally, whereas Mr Kandel has given himself a lot of interpretative latitude, replacing that which he was unwilling or unable to retain with that which was equivalent in English on some higher semantic plane.

ICR: You are famous for your neologisms—which somehow, miraculously, lend themselves to translations. You have even included a Polish-Polish dictionary at the end of one of your books. Do your neologisms and linguistic play come before your ideas for action, setting up the boundaries of how you develop your stories? Or do the neologisms come to you when you need them? Lem: Neologisms happen to come up only when they become absolutely indispensable to me during the course of writing. I am unable to think up one that would carry meaning if asked to work outside of context, sui generic.

I really have no clue as to how this process works. Some neologisms were hell to conjure. For example, in my latest book, Fiasco , I couldn't hit upon a name for the walking machines, and for two years they were nameless. I tried to think up a derivative of Latin, and then English, but to no avail. I finally settled, in Polish, on "wielkochody" multisteppers, macromobils. Memoirs Found in a Bathtub, Solaris, and "The Mask" especially lend themselves to being read as variations on Kafka's themes.

Do you view yourself as an heir of Kafka's? Lem: No, I do not consider myself the "heir" or "descendant" of Kafka. Kafka, like God, would have to have been invented if he weren't around. Certainly Kafka was a stage in my development, but as I have already said, I am neither awed by him nor, a fortiori, enamored of him.

ICR: And Capek? You don't invoke his name often, but there are suggestive affinities.

Lem: I read Capek as a teenager. And though I think that Capek conjured somewhat defective items, they were entirely original in thought and vision his genius can be seen in the very design of The Absolute at Large. I like his Apokrify and many other stories for example, Tales from Two Pockets. Above all, Capek is a very Czech writer, moderate, humorous, and considerably laidback or phlegmatic, just the qualities which, in this combination, Poles rather lack.

ICR : While we are on the subject of influence, let me ask you about Pascal. I feel the presence of Pascal in your work as much as that of Wiener, Shannon, and Turing. Jarzebski has described the sense of claustrophobia in your fiction as if the limitless space of the cosmos were merely a backdrop concealing a hidden reality. Your fascination with the silentium universi seems to recapitulate Pascal's fascination with the limitless universe and the problem of the hidden god that will not make itself manifest in its creation.

Pascal is also one of the founders of the theory of probability that informs so much of your writing. In a sense, your works can be read as ambivalent satires on Pascal. Is this a coincidence of intellectual history, or did you read Pascal with a sense of recognition?


Lem: I read about Pascal, but I don't think I ever read him. I suppose that my heavy reading in the biological sciences takes its toll in the form of my ignorance of some excellent writers. As for claustrophobia, I don't feel any.

I don't. I am psychologically normal, but I can conjure an aura of claustrophobia or agoraphobia, if needed, in my writing. Yet the ethical dilemmas you depict seem very different from those facing Dostoyevsky's protagonists. How do you assess Dostoyevsky's influence on your writing? Lem: Notes from Underground is probably the work of Dostoyevsky's that has impinged intellectually the most on my perceptions.

On the other hand, I was unable even to pay attention to a lot of his other writings, because of their feel, and so reading them was a torture A Raw Youth, The Brothers Karamazov, The Possessed. However, the tale of the Grand Inquisitor and the aforementioned Notes from Underground will stay with me. As for Dostoyevsky as a person, to judge from his correspondence, diaries, and the remembrances of his wife Anna, I can't stand him. He was a veritable brilliant Russian-Nationalist monster, par excellence.

Many of my students, who read your novels immediately after reading Stapledon's Last and First Men and Star Maker, saw your work as a dialogue with Stapledon. They read your alien encounters as intense dramatic depictions of the same subject matter that Stapledon describes with epic expansiveness. Did Stapledon's imaginary cosmogony have an effect on your "dramas of cognizance"? Lem: Most likely, my reading of Stapledon provided plenty of inspiration for my imagination, especially from the sociological point of view the variety of cultures and the magnitude of their separateness.

I think I can say that to me he is in that select group of authors known as true eye-openers. Still, purely belletristically, I can point to many flaws in his writing, as I have done in my Science Fiction and Futurology, especially in his Odd John. ICR: In your polemic against Todorov, you brought up the example of Borges as a fantasist of the abstract. You wrote that Todorov's conception of the fantastic as the description of phenomena that cannot be determined to be natural or supernatural ignores fantastic modeling, or fantasy on the level of models.

Given the fascination that gorges' work and your own hold, doesn't this fantasy on the level of models imply that our age is more obsessed with model-generating than any previous age? And isn't your conception of realism in fact the mimesis of model construction? Lem: Of course, one could regard my many works as models of certain situations—alternatively, as situations that are models of the problems most interesting to me, situations that showcase these problems best. There are "models of nothing," built by pure mathematics.

The notion of modeling is now very commonplace, thanks to computer science, because that which cannot be calculated directly can often be modeled simulated with computer—for example, the formation of galaxies. This modeling is now a necessity in many distinct and divergent fields, and in this sense our age is more obsessed with model-generating than times past were. ICR: Much recent work in the speculative philosophy of science has connected the new scientific paradigms with Asian philosophy.

I'm alluding to Prigogine, Fritjof Capra, and others. Even one of your own characters at the end of His Master's Voice offers a quasi-Hindu cosmology in which the universe is periodically destroyed and resurrected. Still, most of your work hinges on the effect of new knowledge on culturally established ethics and ethical self-conceptions—reflecting the "deconstructive" effect of scientific thought on humanistic ethics, the problem of good and evil, etc.